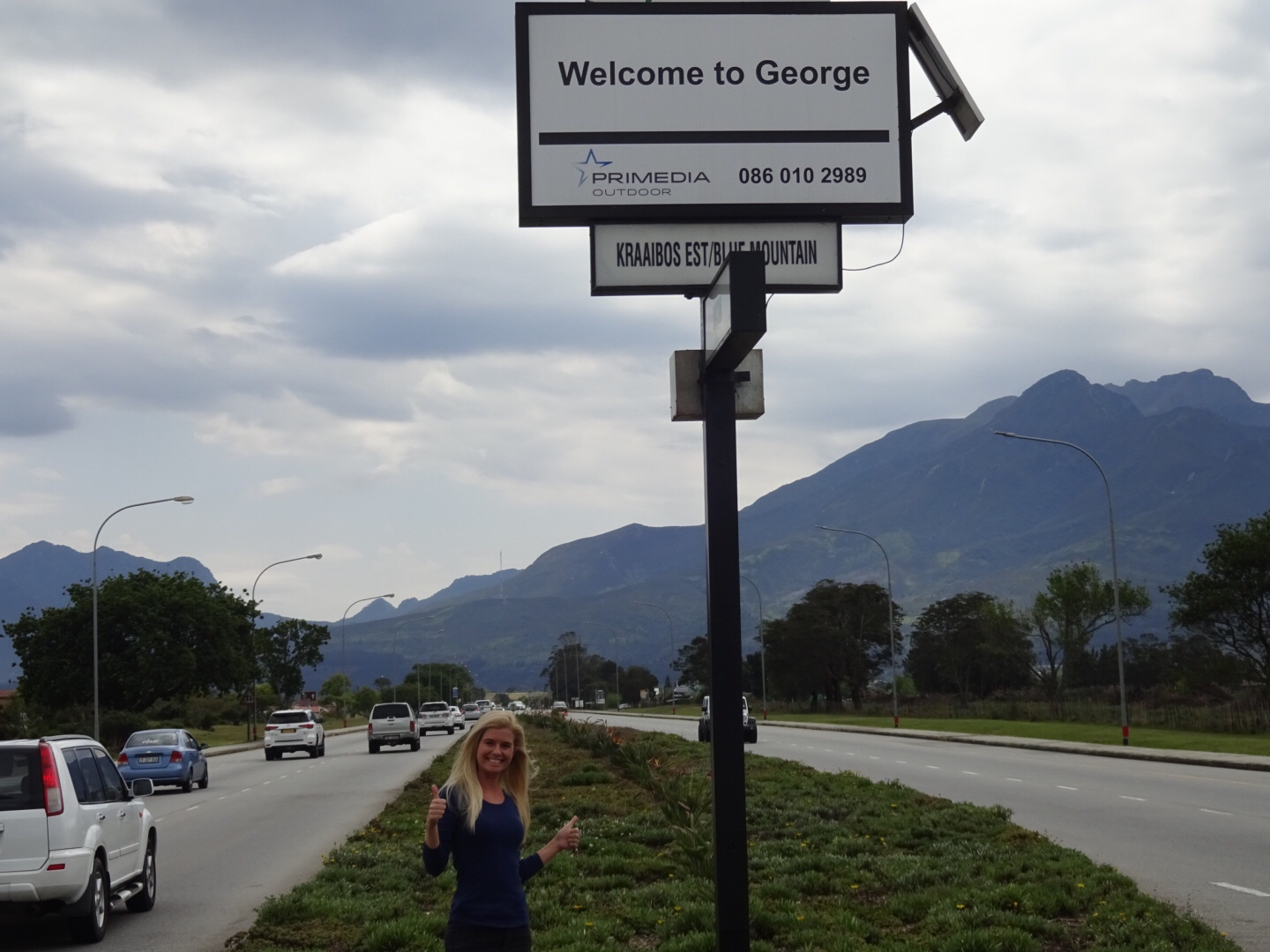 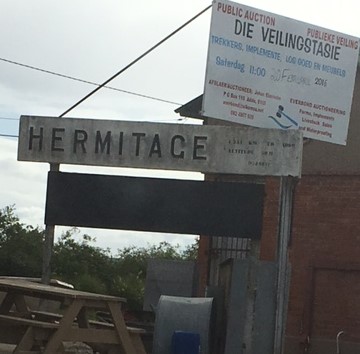 View All Images
Expropriation of Land

On the 9th of October 2020, the Department of Public Works and Infrastructure published the Expropriation Bill, 2020 in the Government Gazette along with an explanatory memorandum. This procedure is required by the Rules of the National Assembly before a Bill is tabled in Parliament by the Executive. This presents an opportune time to release this policy brief to keep Agbiz members informed of the context, process and impact of the proposed legislation.

2. The rationale for the Bill

The Expropriation Bill is required to set down a uniform process for all expropriations to take place as well as a uniform means to calculate just and equitable compensation. These functions are currently performed by the existing Expropriation Act, 1975 but because the Act predates the Constitution, the prescribed process would likely no longer be considered administratively fair. Likewise, the 1975 Act provides for compensation to be marked-based whereas section 25 of the Constitution makes provision for 'just and equitable' compensation that balances the rights and interests of the individual versus that of the public good. In this sense, the Bill is what is known as 'framework legislation' since it regulates how multiple state entities must exercise its existing powers of expropriation. The power to expropriate for a specific purpose must still exist in other, dedicated legislation.

There is a common misconception that the Bill will provide the state with the powers needed to expropriate land for land reform purposes. This is not so. The Minister has had the power to expropriate for land reform since the mid-1990s but has seldom used these powers. This is partly because the framework legislation was not in place to guide the correct procedure and method to calculate compensation. Understandably, media reports have linked the Bill to land reform since the 'nil compensation' provisions are directed at land reform only. However, it is important to remember that the Bill rests with the Department of Public Works and Infrastructure (not land reform) and is also required to regulate the procedure and compensation where property of any kind is expropriated for other purposes such as building infrastructure.

The latest publication signals' the Minister's intention to introduce the Bill into Parliament. Once in Parliament, the Portfolio Committee on Public Works will host public consultations. Once adopted by the National Assembly the Bill will go to the National Council of Provinces (NCOP) which may call for public hearings in the provinces before it is finally voted on and assented to by the President. This is still a lengthy process and is unlikely to be finalised in 2020. The Bill has gone through various versions since 2013 and the latest version is substantively the same as the version deliberated on at National Economic Development and Labour Council (Nedlac) earlier in 2020, and in which Agbiz participated extensively.

4. Analysis of the latest version of the Bill – checks and balances

The latest version of the Bill still contains the controversial section 12 (3) which states that a court 'may' find it just and equitable to award nil compensation for land expropriated under certain circumstances. It should be emphasised that the following checks and balances are in place:

4.3. Expropriation is always the last resort;

4.3.1. There is a procedural guarantee contained in the Bill which prevents expropriation as the first option. The state can only legally initiate an expropriation after negotiations to buy the property on reasonable terms has failed;

4.3.3. Expropriation is only one of many options to obtain land for reform. Both the Presidential Advisory Panel on Land Reform and Agriculture, as well as the Minister have emphasised that expropriation is merely one option in the broader toolkit for land reform. The bulk of land reform acquisitions are likely to be based on purchase and sale. Recent developments to finalise the Blended Finance Scheme for land redistribution indicates that government prefers to go the route of voluntary sales and are looking in incentivise partnership approaches to land reform. Moreover, the Land Donations policy which is still at the drafting process also shows that the government is exploring numerous instruments to drive land reform in South Africa, and not solely focusing on expropriation. The extent to which expropriation is required will come down to the success or failure of these voluntary schemes.

5. What is the biggest risk?

The biggest risk is that a landowner/bond holder may have to rely on litigation to get compensation. It has already been stated that the courts will be the final arbiter of compensation and they have traditionally been reluctant to deviate substantially from market value. Although the Bill makes it possible for a court to award nil compensation (indeed that possibility already exists), they are likely to only do so under extreme circumstances if the current trend is to be used as an indication. To date, the courts have only sanctioned nil compensation where there is no impact on the owner (i.e. where an owner was not compensated for the space used by a farmworker to bury his relatives on the farm where he resides) or where the proceeds of crime are forfeited to the state (i.e. the asset forfeiture unit of the SAPS).

The biggest risk is that the state officials implementing the Bill may offer nil compensation if an owner's circumstances fall under section 12 (3) and leave it to the owner or bondholder to approach the courts for a determination. This may be costly and cumbersome.  Moreover, this may dampen business confidence at a time where investments are needed to rebuild South Africa’s economy from the shock caused by the COVID-19 pandemic.

6. The Bill does not rely on the Constitution to be amended

7. Expropriation in the context of the broader land reform strategy

Agbiz has always emphasized that the concept of 'expropriation without compensation' is not the desired path for agricultural development and as an organisation, we are not in support of it. This Bill, however, goes beyond the 'nil compensation' provisions. The Bill is simply a 'framework legislation' to regulate how multiple state entities must exercise its (existing) powers of expropriation, be it for agricultural purpose, human settlements and industrial development. Still, to reiterate a point we have indicated, the Bill does not state that nil compensation will be awarded in the listed instances, it simply states that it may be just and equitable to do so after considering all relevant factors. Against this backdrop, we do not think much emphasis for driving land reform should be placed on this Bill, rather on various options that the Presidential Advisory Panel on Land Reform and Agriculture had highlighted in their report , as well as various models from agribusinesses and other agricultural stakeholders.

Whilst the provisions of the Bill do not pose a great deal of danger from a legal point of view, the political left may unduly raise expectations that the Bill will usher in widespread expropriation at nil compensation. Whilst we do not believe this will easily materialise, it may pose challenges if the expectations of the landless and political left are not aligned to the actual provisions nor the frequency in which it is likely to be used.
Investor confidence will likely also be affected by sentiment so there is likewise a duty on agribusinesses and associations to temper their communication relating to the Bill. If the legitimate danger posed by the nil-compensation provisions are to be sensationalised, it can affect sentiment and the dangers it poses to investor confidence and investment may become a self-fulfilling prophecy.

The Expropriation Bill is a necessary addition to the statute book as the current Act is outdated and potentially unconstitutional. If the Bill is delayed further it could hinder the infrastructure projects if the state does not have a constitutionally-sound mechanism to acquire property for a public purpose/interest where the owner refuses to sell. Practically all governments around the world have legislation that enables expropriation for this reason.

From a legal point of view, the Bill seems to provide for a sound process and contains several checks and balances in favour of landowners and bondholders. The controversy surrounding the Bill, and hence its potential negative effect on investor confidence, stems from the nil-compensation provision for land reform. The actual impact of this provision will largely depend on the extent to which the state invokes it and the willingness of the courts to award compensation that deviates markedly from market value. Expropriation will always remain the last option so the extent to which it is used will depend on the success or failure of other land reform programmes based on public-private-partnerships, which is government's preferred route at present.